A Historical Footnote on the Democrats

Willis, an executive in residence at the University of Baltimore who is regarded as a sage adviser to Maryland Democrats, said his research shows primary races with four or more credible candidates can be captured with as little as 30 percent of the vote — as it was in 1966.

That year, 1966, is an interesting one for Democrats. One that they would rather have you forget.

In 1966, Maryland Democrats had eight candidates running for Governor that year. These candidates included a Congressman, Carlton Sickles, and the Attorney General, Thomas Finan. Both were Democrats who ha been elected statewide, the establishment choices of the day.

However, those candidacies couldn’t get over the hump. That’s because Maryland Democrats, historically the party of segregation, nominated Thomas Mahoney. Mahoney, a staunch segregationist, ran on the platform “Your home is your castle…protect it.” The statement was aimed at fair housing laws and other attempts to end racial segregation. 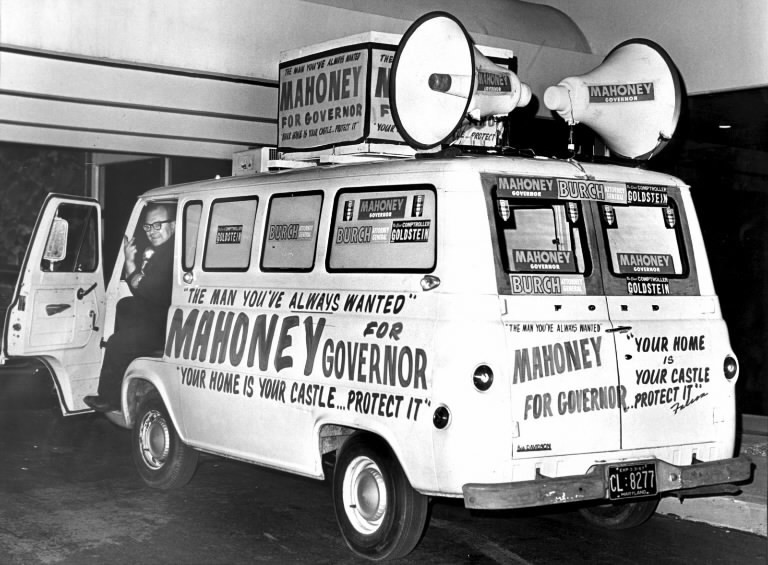 The Maryland Democratic Party at work circa 1966

Mahoney won the nomination with…..30% of the Democratic Primary vote. Mahone was a bridge too far for most Democrats; Baltimore City Comptroller Hyman Pressman launched an independent campaign for Governor and received nearly 10% of the vote. That vote was enough to swing the election to the Republican nominee, then Baltimore County Executive and future Vice-President Spiro Agnew, in November.

And lest you think that Mahone was somehow ostracized from public life after this debacle, Mahoney went on to run as a US Senate candidate on George Wallace’s ticket in 1968, and was appointed as the Chairman of the State Lottery Commission by Governor Marvin Mandel in 1973.

What does this mean for 2018? Certainly, none of the candidates on the Democratic side believe in racial segregation. However, if you take a broader view of the 1966 Democratic primary you will notice that the “mainstream” candidates for Governor split the vote and the just enough voters decided to take the Democratic Party in a radical direction that clearly called for policies that were meant to divide and did not ensure the full blessings of liberty were bestowed upon the entire citizenry.

Every day, in a different way, the Democrats look like they are going to repeat the mistakes of their past.