Last month, Lieutenant Governor Anthony Brown and Republican Larry Hogan, both nervous about debating the opposite party due to their inexperience, agreed to have a practice debate and not reveal its contents.  They both trusted yours truly to moderate, as I did the Jimmy Mathis-Dutch Ruppersberger debate and others years ago

Little known to the candidates, I secretly recorded just a small part of the debate.  Full disclosure: I told neither candidate I would publicize the debate.

Moderator: Gentlemen, what is your position on Maryland taxes?

Hogan: they are outrageous, including 40 new taxes, the “millionaires’ tax,” the increases in taxes, and I could go on.

Brown: I am the one to save Maryland from the confiscatory taxation that has threatened the great state of Maryland.  I know who is taxed and the hidden taxes that are destroying our ability to keep businesses and individuals in Maryland.  What was the leadership of Maryland thinking?  Under the leadership of our great Gov. Martin O’Malley, I understand exactly what needs to be done.

Moderator: Gentlemen, in your opinion what are the major issues in this campaign?

Hogan: Were do I start?  The taxes, the spending, the unemployment, the leaving of Maryland by businesses and individuals, the gerrymandering…

Brown: I haven’t heard anyone mention those esoteric matters, but I don’t entirely disagree with Mr. Hogan, and I shall take those issues head on, but more than those small bore irritations are these: Mr. Hogan comes from the dark confines of the evil Republican Party, which party wants to lay waste to old and poor people, not to mention the middle class.  My friend Larry is a dangerous radical who will destroy this state, just as he single-handedly raised tuition rates 500%, which was even opposed by the nefarious Gov. Robert Ehrlich, who has not even endorsed Mr. Hogan.

Moderator: Gentlemen, what will your position be on funding pre-K education?

Hogan: I am for such funding, but not until we can afford it.  We have an almost $40 billion budget, and to add to our proliferate spending on education is just not responsible at this time.

Brown: My excellent opponent wants to balance the budget on the backs of 5 year-olds.  This is simply unacceptable and irresponsible.

Moderator: Gentlemen, what is your position on Maryland’s handling of the healthcare rollout?

Hogan: It has cost Maryland $150 million and more, and Lieut. Gov. Brown was responsible.  Why are we not holding him accountable for a botched system which is still not fixed with the Connecticut connection?  Were is the Maryland General Assembly?  Why don’t they investigate?

Brown: There he goes again.  The Maryland General Assembly needs time to look at complicated issues, and some weeks or months after the election, they will look at it.  In the meantime, I have rescued healthcare from the abyss created by some incompetent politicians who are more concerned about their own health than they are about children’s.

Thank you, Gentlemen.  And now for a brief final statement.

Hogan: I am not a professional politician, but if you are satisfied with the last four years, vote Brown.  If you think we can do better, vote Hogan.

Brown: I think I would just make 2 points, Dr. Vatz: first, we have had the best leadership under Gov. Martin O’Malley and me that we have ever had in Maryland, and second, if elected, I shall take on the problems that Maryland leadership has caused before it is too late.  And, finally, Larry Hogan is evil.

Professor Vatz is professor of political rhetoric at Towson University

Professor Vatz teaches at Towson University and is author of “The Only Authentic Book of Persuasion: the Agenda-Spin Model”

Female Athletes and Their Dirty Little Secrets
The Black Sphere 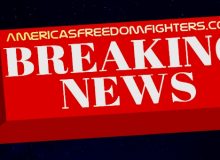