Charles Lollar Returns to the Trail 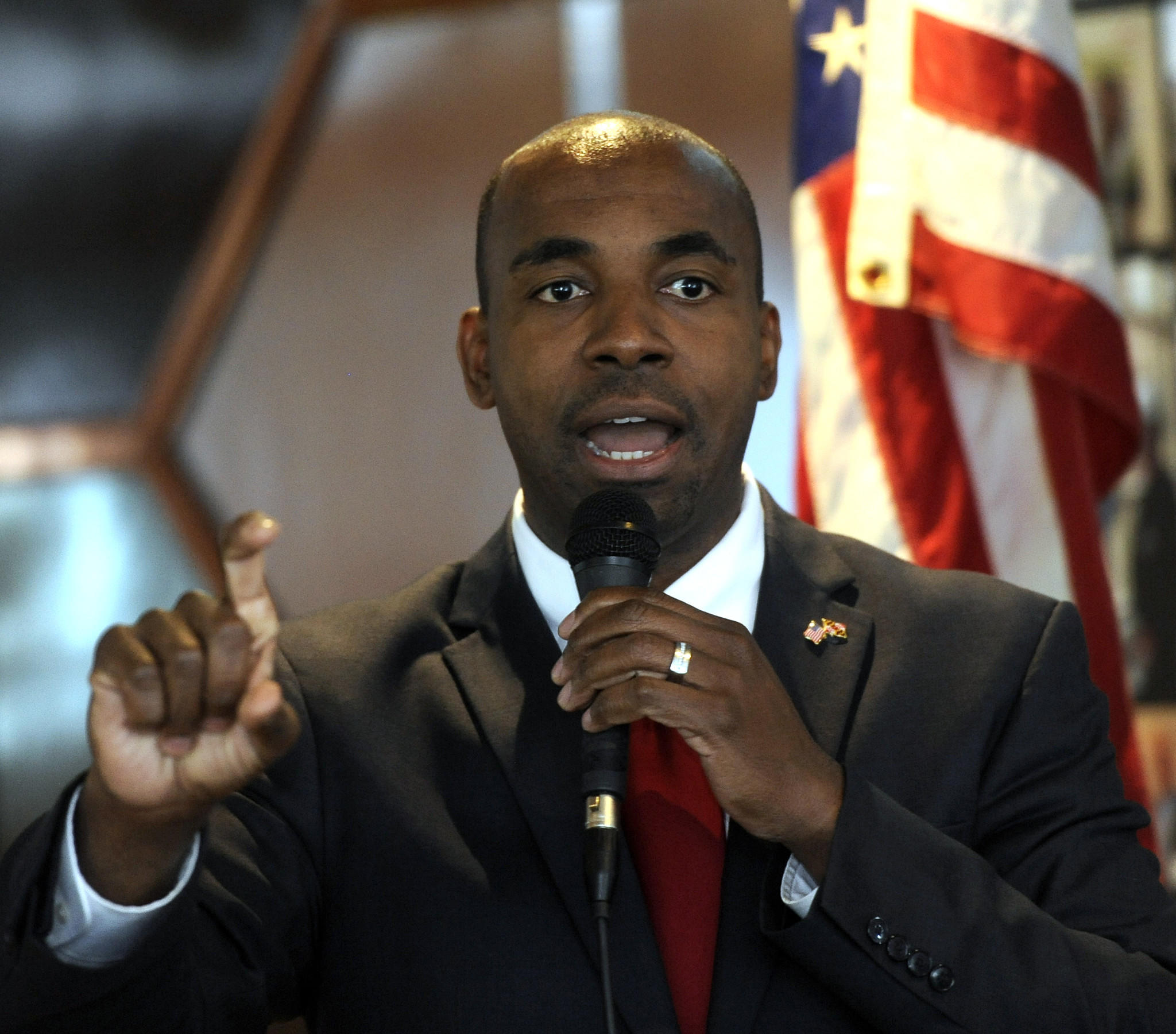 In one of the more interesteng post-primary developments, it looks like Charles Lollar is going to wind up on the ballot in November afterall:

Newburg businessman and former gubernatorial candidate Charles Lollar has re-entered the 2014 election scene following his nomination Monday by the Charles County Republican Central Committee as the party’s candidate in the District 1 race for county commissioner.

Lollar instantly becomes the most noteworthy Republican vying for any local office, and his nomination ensures the District 1 race will retain through Election Day the drama that it carried past the June 24 primary following a tight Democratic faceoff between Commissioner Ken Robinson (D) and former commissioner Sam Graves.

The entire story of how Lollar got on the ballot is a bit convoluted and will probably lead the speculation, given that J.T. Crawford is a member of the Republican Crawford’s of Charles County, players in the Charles County Republican Party and huge backers of Lollar’s gubernatorial bid, and this bit of the story will lead to intrigue within Republican circles I’m sure:

An associate member of the central committee, Cherest said he was speaking with committee member Joe Crawford the night of the primary when Crawford suggested Lollar run for commissioner.

Crawford’s son, 21-year-old newcomer J.T. Crawford, emerged from the primary victorious as the only GOP candidate for District 1 commissioner but “had serious misgivings” about continuing his campaign through the general election, Cherest said.

Cherest said he discussed the idea with Lollar, who spent a few hours mulling over the decision with his wife before jumping aboard. J.T. Crawford was “more than willing to step down,” particularly given that it was Lollar who would be taking his place, Cherest said.

But despite all that, this is excellent news for the Republican Party in Charles County. That might be a surprise coming from me, a leading critic of Lollar’s gubernatorial campaign, however this gives Republcians in Charles County an excellent chance to win. The District 1 race was a close and competitive primary, and having a Republican on the ballot that can capitalize on that divisions drastically improves our chances of winning. The district is one that went over 60-percent Democratic in the 2010 general election, and replacing a candidate who had “serious misgivings” about staying on the ballot with one who is willing to run and has (hopefully) learned some lessons from his time on the gubernatorial campaign trail is nothing but a win-win for the Republican Party.
It will be interesting to see how the race plays out. One of the key arguments from Lollar supporters during the primary was that “he was the only candidate who can win.” He will now get to test that theory out in the type of race that is winnable and the type of race he should have been considering from the get-go. The Charles County Commission is made up entirely of Democrats. A Republican has not won a County Commissioner race since 2002. This helps even those odds.
Charles Lollar makes an appropriate candidate for Charles County Commissioner. I hope he succeeds.