The Real SCHIP Debate and Those Who Don’t Get It, Part I

The left’s reaction to the supposed conservative “smear campaign” on young Graeme Frost and his family has reached absurd levels. It has become so absurd that the progressives are now accusing conservatives of squelching speech, when this whole thing started because the Democrats used young master Frost as a political human shield to deflect criticism away from the real substantive policy issues, which they know they always lose on. I’m not going to rehash my whole argument again, but it boils down to the fact that the left knows they lost and that their expansion of SCHIP was nothing more than blatant first step towards socialized medicine. So now their argument (not that they really had one) boils down to WHY DO YOU HATE CHILDREN SO MUCH?!

Caveat: I am not apologizing for some of the intemperate vicious remarks by some conservative bloggers and the harassment of the Frost family. However, the oft cited Michelle Malkin and Mark Steyn do not fit into this category. That they are used as pardon the pun, “poster children,” for the “conservative slime machine” shows just how desperate the left is in keeping this tripe going. In fact, Malkin has asked anyone to point out where she slimed or wrote one “negative, ad hominem word about the Frost children.” The silence is deafening. Oh and if you want to see smear attacks on children, the left has a few skeletons in its closet in that regard. Remember 9 year-old Noah McCullough from Bush’s campaign to reform social security in 2005? The left had no qualms about attacking him calling him a “budding young fascist,” and “in desperate need of a good ass-kicking,” for the unprintable stuff see the always reliable Democratic Underground. Respect for innocent children, for left anyway, is determined by whose ox is gored.

Indeed, mainstream columnists like EJ Dionne at the Washington Post, and Jean Marbella at the Baltimore Sun have gone in for this conservatives are meanies schtick castigating those of us who have criticized this boy and his family who “dared to speak out”. This is just another example that the vaunted progressive reverence for dissent only applies to their side. There only mode of argument is to shut down argument.

Megan McArdle at The Atlantic sums it all up.
“But a number of people seem to believe that the very act of questioning whether Graeme Frost really needed the state to pay for his health care is somehow tantamount to accusing him of mopery while simultaneously suggesting that he be chopped up into small pieces and served flambeed to a party of laughing Republicans…The reason that Democrats put him up on the radio in the first place is that they thought Graeme Frost’s need was a better argument for S-Chip than any boring old policy discussion. Well, if you make Graeme Frost’s needs the measure of the program’s success, then you can expect the program’s opponents to question Graeme Frost’s needs.”

Crossposted on The Main Adversary

Mark Newgent is an angry, dangerous loon damaging to the Red Maryland brand

Mark Newgent, a 2014 Breitbart Award winner, is the editor of Watchdog Wire - Maryland, and a contributing editor to Red Maryland, the premiere blog of conservative politics in the Free State, voted one of the best state political blogs by the Washington Post two years in a row. His writing has appeared in the Baltimore Sun, Washington Examiner, National Review Online, and more. 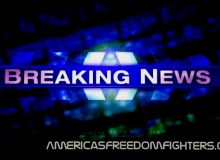